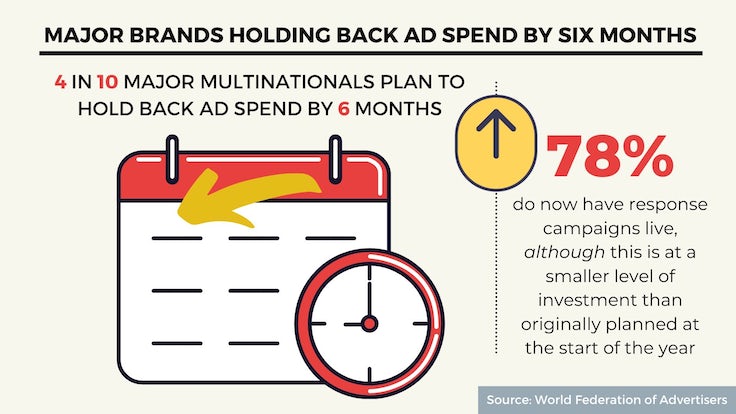 Four in 10 major multinationals plan to hold back ad spend by six months, suggesting the world’s biggest brands remain wary of returning to previous levels of spend even as coronavirus restrictions lift in many countries. However, the vast majority (78%) do now have response campaigns live, although this is at a smaller level of investment than originally planned at the start of the year.

While big brands remain wary, there is an improvement in economic sentiment. While just 8% of marketers feel positive about the current business environment, 27% are positive about it over the next six months. Nevertheless, around half feel negative about the economy now (51%) and in six months’ time (48%). 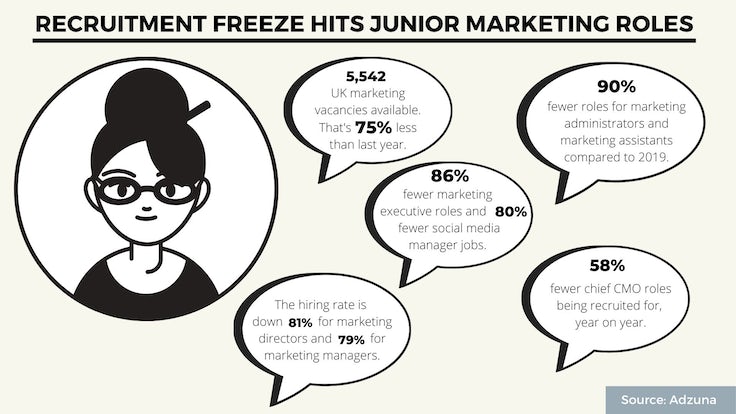 There are around 5,542 marketing vacancies currently available across the UK, 75% lower than last year. Of these, there are 90% fewer vacancies for marketing administrators and marketing assistants compared to 2019, 86% fewer marketing executive roles and 80% fewer social media manager jobs.

By comparison, there are currently 58% fewer chief marketing officer roles being recruited for, year on year, while the hiring rate is down 81% for marketing directors and 79% for marketing managers.

Ad industry ‘out of step’ with ordinary people 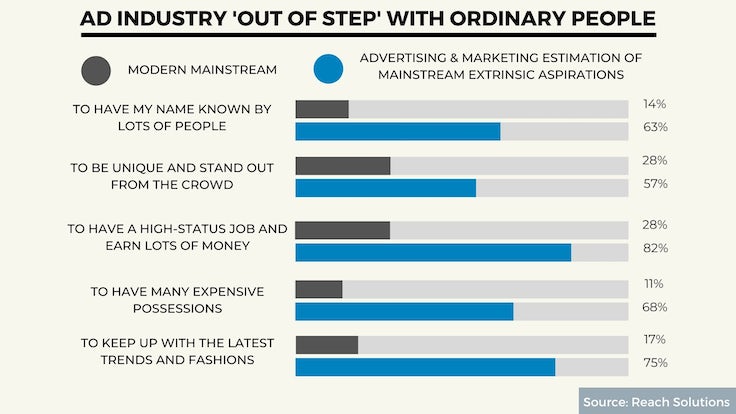 The ad industry is “out of step” with the values and priorities of the ‘modern mainstream’ – the middle 50% of people by household income.

Similarly, 28% of the public said they wanted a high-status job, compared to the 82% of industry people who thought this was what people wanted. And 14% of the public wanted fame but the ad industry though 63% of people aspired to be famous. 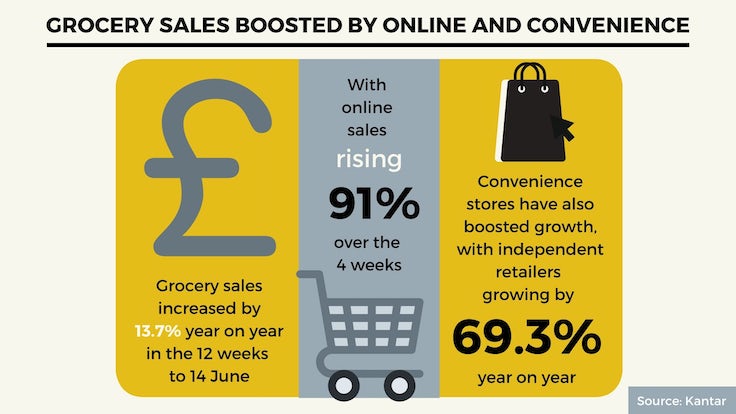 Grocery sales increased by 13.7% year on year in the 12 weeks to 14 June, the period in which the UK was in full lockdown. And in the final four weeks of the period, sales growth accelerated to 18.9%.

The growth has been boosted by online sales, with sales rising by 91% over the four weeks. Nearly one in five British households bought over the internet in the month to mid-June, totalling 5.7 million shoppers. Convenience stores have also boosted growth, with independent retailers growing by 69.3% year on year.

Shoppers are still visiting grocers less frequently than pre-pandemic but shoppers are gradually changing their behaviour. Households made 77 million fewer trips to the grocers in the latest four weeks compared with last year, but that’s 19 million more than in May. Customers are continuing to buy more than usual, spending 42% more per trip than in June last year at £26.37 on average. 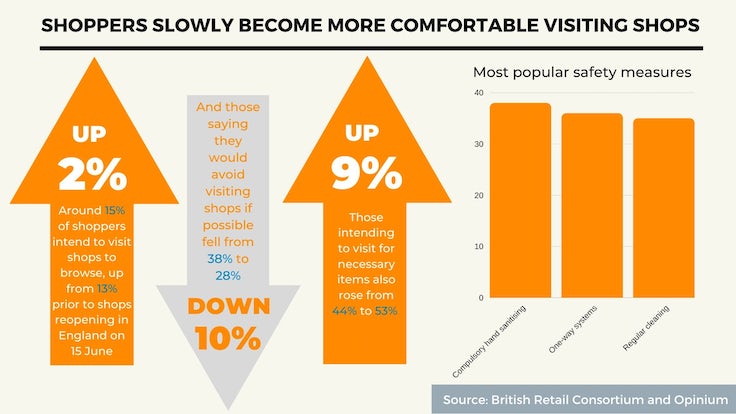 Slightly more than half (53%) of shoppers feel retailers are doing enough to protect the public from coronavirus, with only 9% feeling they are not.

Around 15% of shoppers intend to visit shops to browse, up from 13% prior to shops reopening in England on 15 June. Those intending to visit for necessary items also rose from 44% to 53%. And those saying they would avoid visiting shops of possible fell from 38% to 28%.

The most popular safety measures are compulsory hand sanitising (38%), one-way systems (36%) and regular cleaning (35%). However, mask wearing is declining, with the proportion of people saying they are not wearing masks rising from 29% to 40%.