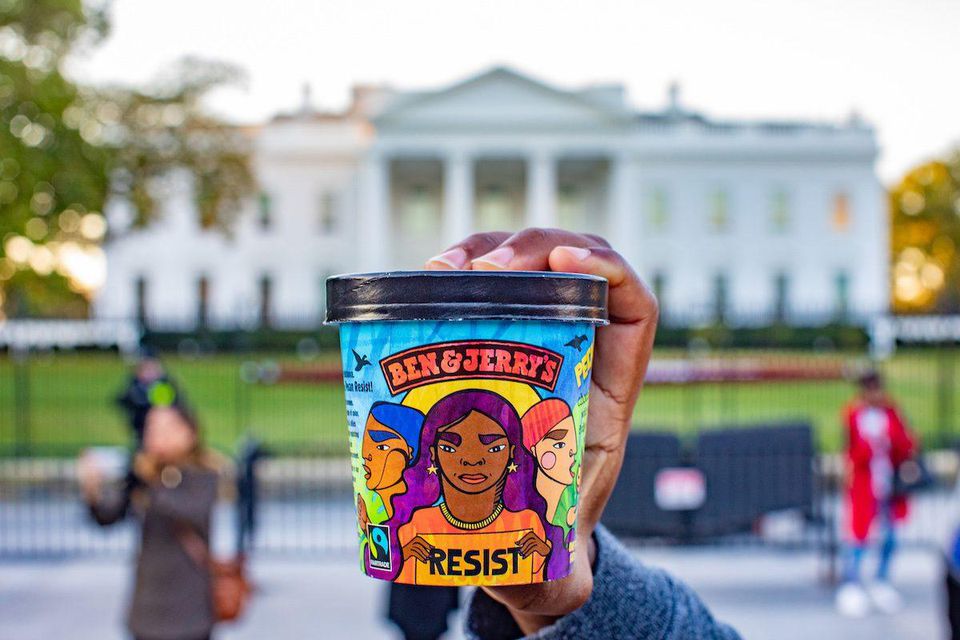 Ben & Jerry’s decision to directly take on the government over migrant boats appears to have paid off, with data seen exclusively by Marketing Week showing it has led to an increase in purchase consideration and key brand health metrics.

Last week, the ice cream maker challenged the home secretary Priti Patel on Twitter over the government’s strategy to stop the flow of migrants. In particular, the brand criticised the “lack of humanity” shown to those making the perilous journey across the channel, and then tweeting a thread with links to articles about the issue.

Hey @PritiPatel we think the real crisis is our lack of humanity for people fleeing war, climate change and torture. We pulled together a thread for you..

A Home Office source defended Patel at the time, adding if the strategy meant upsetting the social media team “for a brand of overpriced junk food then so be it”. Foreign Office minister James Cleverly also waded in, calling Ben & Jerry’s intervention “statistically inaccurate virtue signalling”.

Yet according to data from YouGov BrandIndex, consumers have responded positively to Ben & Jerry’s message. Already, consumers are more inclined to buy the ice cream brand, just a week after the tweet.

Its consideration score (whether someone would consider purchasing from the brand in future) has increased by a statistically significant 10.6 points. Purchase intent (whether a brand is someone’s first choice to purchase from) has increased by 3.5 points since last Wednesday.

Both are up despite the weather being colder and wetter over the past week than the previous week.

Word of mouth exposure also increased by 13.3 points and is continuing to rise. This measures whether someone has talked about the brand with friends and family in the past two weeks.

However, there has been some negative impact too. Ben & Jerry’s has seen a decrease in its reputation score, which measures whether someone is proud or embarrassed to work for a brand. This metric has dropped by 4.9 points since the 11 August.

YouGov’s UK head of data products, Amelia Brophy, says: “Whether or not brands take a stance on social issues is always likely to be contentious and Ben & Jerry’s tweets to the Home Office were no different.

“But while there will be many who think that it’s inappropriate for a confectionery brand to offer a public rebuke of government policy on social media, YouGov data shows that Ben & Jerry’s tweet has in fact improved its brand health among Britons.”

Typically, brands have shied away from making political corporate statements, although this is starting to change. Even fewer have directly challenged a government minister on policy, certainly publicly.

However, Ben & Jerry’s has a long history of migrant activism. The brand has previously used its marketing to help migrants, launching campaigns to help change the law and allow asylum seekers to work.

It is part of the Lift the Ban coalition, which is asking the UK government to give people seeking asylum the right to work. And its campaign ‘Waiting isn’t working’ highlights how those seeking asylum are pushed into poverty and isolation by being unable to work.

Activism is a key part of Ben & Jerry’s strategy, with leading on social change part of its three-part mission statement. That statement includes firstly a product mission, which is all about creating innovative ice cream; secondly an economic mission, which refers to growing as a company; and finally a social mission, which is about the role the company plays in society

Speaking to Marketing Week about this, Ben & Jerry’s head of activism, Ed Shepherd noted that: “It can’t be just about narrative change or your big communications ad for the year, it has to be how you address systemic changes.”