There is only one question being asked in Westminster right now: What is going on in Downing Street?

When I put it to one of Boris Johnson’s senior allies, their response was simple… the prime minister is “under siege”.

They pointed to the series of chaotic resignations from Number 10 over the space of a few hours.

They pointed to the growing signs of splits in cabinet, with Mr Johnson’s backers infuriated by the Chancellor Rishi Sunak’s decision to distance himself from the PM at a Downing Street news conference.

Chancellor Rishi Sunak distanced himself from the PM on Savile slur made against the Labour leader Sir Keir Starmer.

They pointed, as well, to major crises against which all of this is playing out – turmoil in Northern Ireland, the risk of war in Ukraine and living costs soaring.

Whatever this is, Boris Johnson is not in control.

The four resignations from Downing Street this evening may have different reasons behind them, but they have one thing in common: Each one leaves the man at the centre of this crisis more exposed.

Boris Johnson had promised a shake-up of the Number 10 operation in the wake of the Sue Gray report, but what happened tonight doesn’t look like that. This has an air of chaos.

The general public most likely won’t know who these people are. But losing four key members of staff in a few hours is massively destabilising for the government at a time when the PM is already in very hot water.

Munira Mirza was a key ally of Mr Johnson. She worked with him since 2008, in City Hall – and then came back to be head of policy when he became prime minister in 2019. She resigned today because she said she cannot in good conscience stay by his side given the remarks he made about Jimmy Savile and Keir Starmer.

This morning the prime minister gave a clarification, but what Munira Mirza clearly wanted was an apology. With that – she left Downing Street, which was a genuine shock because she’s been such a loyal ally for fourteen years.

Hours after key adviser and head of policy Munira Mirza announced she couldn’t stay on in Number 10 because the PM couldn’t bring himself to apologise for making a slur against the leader of the opposition, Jack Doyle confirmed he was quitting as director of communications.

He cited the “terrible strain” on his family life in recent weeks in relation to the partygate allegations. I understand he offered his resignation to Boris Johnson last year at the same time Allegra Stratton felt she had to quit – but the PM urged him to stay on.

Mr Doyle made it clear to staff that his decision to go was not linked to Ms Mirza’s departure, and he’s certainly been in a difficult situation in No 10 having been publicly linked to at least one event being investigated by the Met. He perhaps decided now was the time to go.

One ally tell me that in the case of Jack Doyle there are complexities around the parties, but in the case of Munira Mirza they said: “I agree with her. I believe the Prime Minister should have apologised over his comments about Jimmy Savile.”

Less than two hours later, chief of staff Dan Rosenfield, and Martin Reynolds – the prime minister’s private secretary, effectively the most senior official advising the prime minister – were both gone. Reynolds was the man who sent the ‘Bring Your Own Booze’ email, but has now been moved to work at the Foreign Office. 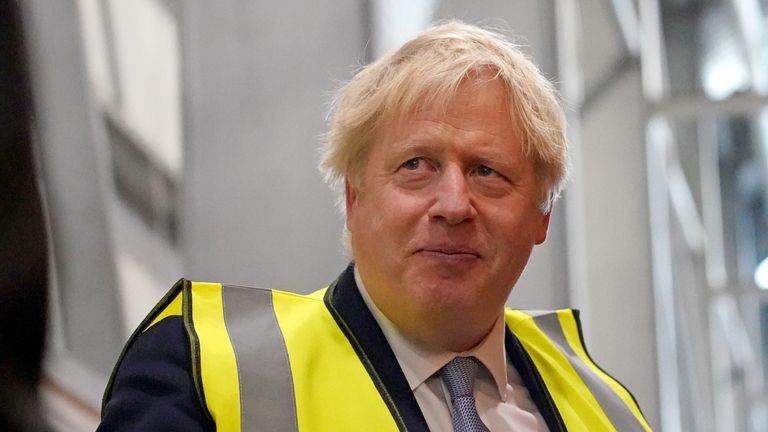 Downing Street said the PM has accepted the resignation of Dan Rosenfield and Martin Reynolds, and that recruitment for both posts is under way.

It might be that the prime minister tries to present the replacement of his inner circle as the beginnings of a shake up, a clear out. But the manner in which it’s happening suggests a prime minister that is not in control. Resignations coming out of the blue late into a Thursday evening.

But don’t forget the context of this: Since the Gray report was published on Monday, Mr Johnson has been trying desperately to shore up his administration. There’s been a big whipping operation to get his supporters shouting in the Commons chamber and cheering him on via the airwaves. Just today, he used an interview with The Sun to insist he was staying on as prime minister and was determined to fight the next election. But tonight the operation around him looks to be in free fall.

His party will be looking on, thinking that the PM needs to get a grip – but they can see he’s not getting a grip nor changing his behaviour. Which begs the question: Do MPs think it’s time for us to ‘go in’?

They may now be looking to signals from cabinet ministers.

Earlier in the week, Dominic Raab described the remarks by the PM about Jimmy Savile as the “cut and thrust” of parliament, trying to defend him. But this evening we saw from Rishi Sunak a politician not trying to defend the PM.

Asked about Munira Mirza’s resignation the chancellor said: “She was a valued colleague, I very much enjoyed working with her. I’ll miss working with her. With regards to the comment, I’ll be honest, I wouldn’t have said it.”

The chancellor clearly distanced himself from the comments of his boss. He was not overtly disloyal by actually verbally saying that he didn’t support the PM. But often in politics what you don’t say tells us a lot.

The fact he didn’t give unqualified support and try and defend him tells us everything we need to know about how Rishi Sunak is positioning himself, and suggests the rifts are deepening.

One of Boris Johnson’s allies tonight said the chancellor’s comments were “very unhelpful”. But whatever the interpretations, another day of chaos makes it hard to see this as anything other than an example of Boris Johnson’s moral authority with both MPs and cabinet draining away.