There can’t be many people right now who could consider a trip to Ukraine as being a welcome diversion from the travails of their working life.

But Boris Johnson is not living a normal life.

He arrived in Kyiv with a smile and was greeted warmly by the Ukrainian President, Volodymyr Zelenskyy. Britain’s support for Ukraine has won it plenty of fans in this country, and Mr Johnson came armed with a further £88m worth of support.

Russia must ‘step back’ from Ukraine

But this wasn’t just about supportive comments and photo opportunities, even though we did get both of those things. It felt, too, like a change of tack from both leaders; a toughening of rhetoric in the face of a worsening of mood.

Concerned about the economic impact of panic, Mr Zelenskyy has made a point recently of telling people to calm down and stop worrying so much about the threat of a Russian attack. Standing alongside Mr Johnson, that nonchalant air went out the window. Instead, he spoke of the danger of a fully fledged war, encompassing not just Ukraine and Russia, but much of Europe in a protracted and bloody conflict.

Mr Johnson, too, went to pains to say that this wouldn’t necessarily end in a diplomatic deal, but that the bleak spectre of armed conflict remained a plausible outcome. The chance that war could break out was, he said, a message that needed to be understood by both Vladimir Putin and the Russian people.

So is it really possible? Ukraine does have a big army, for a start, with well over 200,000 soldiers in its ranks and plans to extend its size to more than 300,000. In Europe, only France and Russia itself have bigger armies, and the quality and equipment of Ukraine’s forces have improved since the illegal annexation of Crimea in 2014. 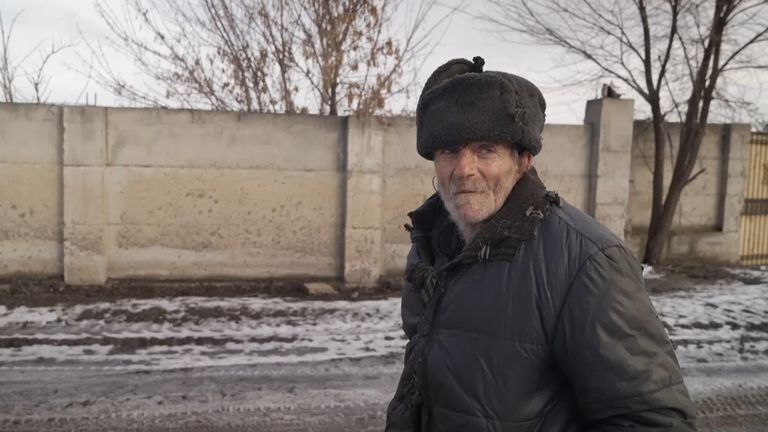 The town of Krymske in eastern Ukraine: ‘Help is needed, that’s for sure’

That doesn’t mean that Ukraine could win a war against Russia, which has more troops, more equipment and, ultimately, nuclear weapons. But it does mean that a full-blooded conflict would be arduous and potentially devastating. Would Mr Putin really want that?

The honest answer to that question is – who knows? Talk to western diplomats and they will tell you that it is the sheer unpredictability of Mr Putin – what one person described to me as “the impossibility of really understanding him” – that unsettles them. Logically, they say, it makes no sense for Russia to contemplate a full-scale invasion, with the commitment and death toll that it would bring in its wake.

But does that mean we can rule it out? No. Because the Russian leader has already pushed himself out on a limb by committing more than 100,000 troops into spending long weeks and months on the frozen Ukrainian border. Is he truly only doing this for show? 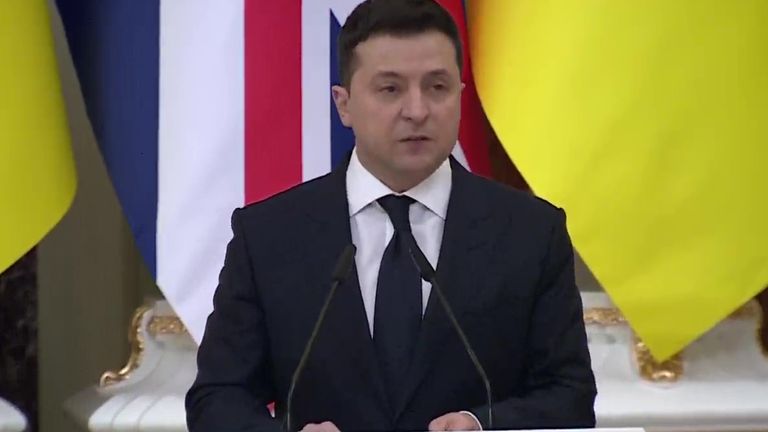 Volodymyr Zelenskyy: ‘This will be a full-fledged European war’

Could he really withdraw all these soldiers without giving them something to do?

“Our fear,” one senior diplomat told me, “is that Putin has over-reached himself, didn’t intend this to end in war but finds himself with nowhere else to go, and so, almost by accident, tips the region into war.”

If that happens, things will move fast. NATO troops will mobilise across eastern Europe, there will be pressure to intervene in Ukraine itself, and the world will become more dangerous.

For the moment, this is a game of brinkmanship, but the phoney war cannot go on forever.

Read more:
‘He absolutely will do it’: Why Putin seems poised to attack Ukraine – after one of surest signs yet
Why is Russia worried about NATO – and what does it have to do with Ukraine?